Ahoj! My name is Bianka and originally, I’m from Slovakia, a smaller village near to the second capital city.

I live in Spain. The words still sound strange to my own ears, like what I’m saying doesn’t quite fit even though I’ve lived in Spain for two months. At times, I feel like I’ve been here much longer. At others, like I’ve just arrived. Sometimes I’m afraid that when I leave, it will feel like one long dream. A good one.

I fell in love with Spain on a holiday in Barcelona over four years ago and at the time, I would never have imagined I’d be living here.

Two months in Spain and I’m sitting on the balcony of my apartment, trying to put into words what this time has meant and my memories of Spain as of now.

I work as a volunteer in the organization where I’m surrounded by such wonderful people.

By chance, I ended up in Silla, one of the Valencian villages. I couldn’t have asked for anything better.

It’s a village where it’s so uncommon to hear English that people stare at you and children follow you in the street when you’re speaking. It’s a village bathing in sunshine for the majority of the year.

Silla is what I like to call “my Spain”. In such a diverse country, this is the Spain I know and what I’ll remember when I think of this chapter in my expat life.

During my two months, I have met such wonderful people with whom I share my good and bad days with. We help to each other. We teach each other the new things, and most importantly, we’ve become a family.

How would I describe my life now? I would use just one simple sentence: “You know you’re in love when you can’t fall asleep because reality is finally better than your dreams.” 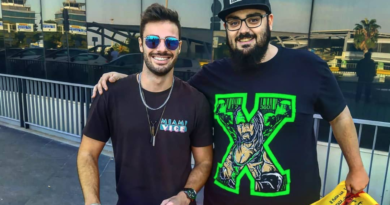 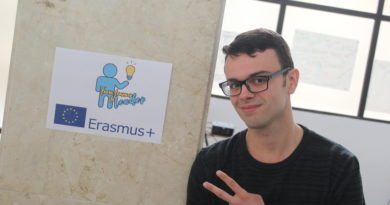 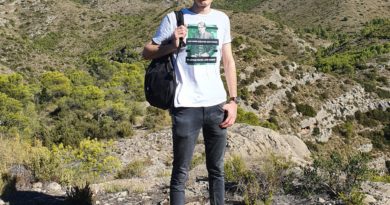 Before I moved to Spain in October, I had never taken part in weekly youth work activities – nor known