And you come back, thinking that now you are only you, that you are not part of something bigger anymore. But between yesterday and today, a lot of things happened. Wonderfull things, of course, great meetings, beautiful moments, important discoveries, but also many failures, doubts, frustrations and disappointments.

It’s certainly here, where the biggest part of the adventure is nested. An adventure which, simultaneously, allows to rub shoulders with a world of people and leaves incredibly alone. Alone in your language first, alone in your convinctions and alone in your bedroom at last, reflecting too much. This paradox is not so suprising, because wanting to play the stranger make it easy to look strange. That is how, all the people we meet become, in their way, little mirrors which wonder and question ourselves.

That’s here, I think, the goal of volunteering, rubbing the Other, who, at the same time, is rubbing us. If these frictions are often caresses, sometimes, they are burns. So, it’s legitimate to ask “why?” Why go and damage our skin away? Because I think it is what being european is. We understood Europe as a geopolitical process, to the point that we forgot all the philosofical content.

However, Europe as democracy, is raised as a value, a value which, we have to confess, is not shared by everyone. It’s hard to brush past the Other, it scratches, it pricks. Two choices are possible, to desinfect the injury and put a bandage on it, or, to let it heald alone, absorbing a bit of the nearby sky. It’s here where Europe is, not in a namby-pamby “live together”, not in a superficial harmony, but in the confidence that with a bit of the Other inside us and a bit of us elsewhere, we are freer, taller, more human.

We, as a person. Yes, being european it’s long, it’s painful, it’s full of misunderstandings, but it’s also the finest gift we could offer and the finest we could receive: to make us the roof of the Other and to make the Other our house.

What does remain when you come back?

There are a lot of projects, a lot of volunteers, a lot of organizations, a lot of countries and a lot of days. So, what will you keep, what will you remember? Of course, there is the country, its weather, its hours, its cuisine, its landscapes, its brands, its fauna and flora, its prices, its events, its traditions, and all these little things which don’t look like much, but which do all the difference between there and here.

Also, there are your missions. For some volunteers, they are the main part of their experience, because they allowed them to discover themselves, or because, thanks to them, they could do something different, something out of ordinary: working with bears, helping disabled people, curing abandoned children, welcoming migrants etc.

For others, they were the achievement of what they know how to do, the extension of their studies, an introduction for their future job. In either case, the missions will be interesting and boring, hard and easy, surprising and routine, long and brief, rewarding and discouraging. But anyway, even if sometimes you feel useless, even if for some people what you are doing doesn’t matter, there is always one thing, one action, that you will bring with you, in you, all your life long.

For me, it was the conversation groups. Said like that it’s nothing, but, soon, they became french classes, exam preparation lessons. So, during some months, I was the teacher of my mother tongue, the ambassador of my own country and culture. I prepared my classes discovering and re-discovering my own language, trying to find its beauty and sweetness, its intelligence and its terms full of passion. I looked for methods to transmit that, to share that in an enjoyable way, to show how french can be beautiful and funny, and how a language represents all a country with its history, its way of thinking, its way of doing. During the courses, teaching french, I was learning spanish. With the users, we exchanged a lot, finding where our languages were different and where they were similar.

Thus, this little french-speakers community became my piece of France in Spain, my refuge where I was free to be me, because free to speak and to be understood. I corrected their writings, I listened their orals, I saw their
progress. Each day they were better and, finally, they passed their exams successfully, sharing their victory with me.

It’s at this moment I knew that, even if I didn’t work with bears, didn’t cure abandoned children, and even if for some people this mission was totally effortless and unnecessery, I acomplished something, I helped someone, cause knowing another language, trying to unsterdand the Other, for them
as for me, allowed to open a door which, now, will never close.

Nevertheless, whatever your project, whoever you are, whatever your organization or your host country and no matter the day, what you will remember, what you will keep and what will remain in truth, it’s the intensity of what you felt, the fever of a world in motion and all these moments of grace which will be always able to find the path between yesterday and tomorrow, beetween there and here, between them and you. 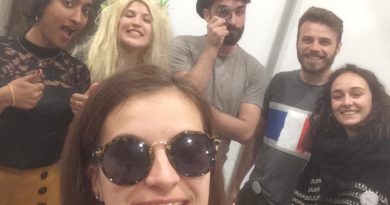 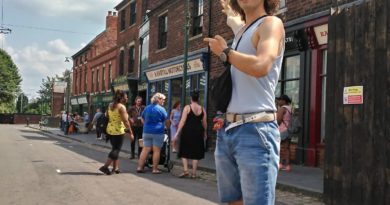 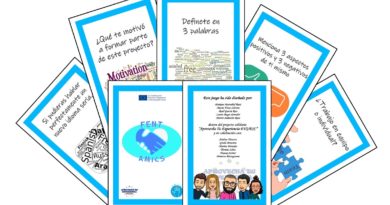