The unbearable lightness of buying a one-way ticket

If you and I would meet in a crowded room, and I would be forced to introduce myself I would say something like: Hi, my name is Moni, i’m a 30 year-old girl from Budapest (the capital of Hungary), until a couple of months ago I was working as a journalist but now I’m living in Spain, a small town near to Valencia.

Yeah I feel that there are some missing links.

So the thing is that COVID rocked my boat pretty hard. I lost my job at the end of 2020, lived in a flat alone which I really liked for many years, but suddenly the walls started to feel thicker, higher and the space was too big and too small at the same time. A very wise friend of mine said that even when you get lost in the forest during a great hike, the first thing you have to do is to stop and sit down. That’s the only chance you find the way out. So i took her advice, laid in my bed for a couple of weeks, went deep down in the rabbit hole feeling sorry for myself and i hoped it will do the magic. Later I applied for a couple of jobs but the thing I got instead of my contracts were some iconic quotes such as: Oh we were so happy to meet you, you’re amazing, you would fit in our team so well, but we decided to have someone else. Which pretty much resonated with other aspects of my life as well. So after stopping and sitting down, I still felt stuck. This was the point when the rootlessness started to feel scary but liberating at the same time.

It felt like I had so little stability around me that I could have been anywhere around the world, which reminded me that I always wanted to live abroad for a while but I was never brave enough to do it. Than it hit me that a friend of mine went for an EU organized volunteering programme a couple of years ago and she liked the experience so much, that she stayed there since then. This setting seemed to be safe enough but thinking of spending a year in another country made my heart beat faster.

I started scrolling over the website of European Solidarity Corps, when I found the opportunity from Amics. The description was very short-spoken but I found the keywords what i needed: Spain, youth center, kids, games, LAST CALL. I knew that if I make up my mind I have to do it fast, to not give myself time to find a tempting job or anything , because it was the perfect timing to jump: no strings attached to home (friends and family will wait) and the last year to get this chance for 18-30 year old European citizens.

A month later I landed in Valencia, got in a cab and arrived in Puerto de Sagunto, where my new English flatmate opened the door for me with a big smile. That was the first day of the next 12 months in the name of Por qué no? 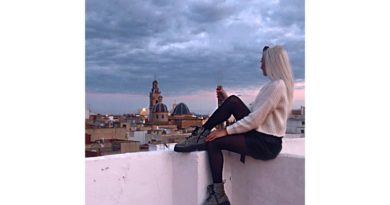 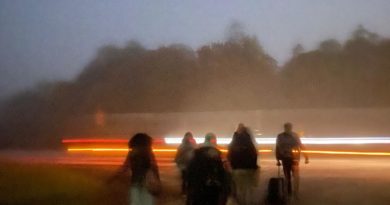 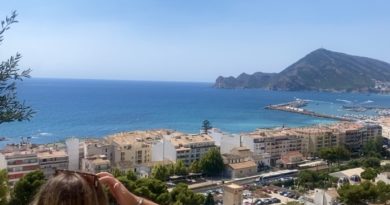