Ah food… Such a simple necessity, yet it can say so much about one country, city, village or even a person.  It speaks volumes about one culture, effortlessly explaining the history and way of life through its’ smell, color and taste. Wherever you go in this world you will be met with the ever so exciting aspect of local cuisine. Our story takes place in a small Spanish village in the mountains of all places! Allow me to take you on a journey to Agres and tell you about some of the food and dishes that can be found there:

You can’t mention Spain or let alone say that you live in Spain without mentioning the main Spanish dish – the paella. This dish consists of rice accompanied by only vegetables, meat or fish.

The bocadillo or sandwich seems to be a very common meal in this region, especially for almuerzo. From fish to meat to olive oil, it comes with all kinds of different ingredient combinations where the most common are the eggs, jamon (a type of meat typical for Spain that resembles prosciutto), tomato sauce and olive oil.

Where I come from, a sandwich means a piece of bread stuffed to the brim with different types of meat, vegetables and a variety of sauces that “put the sandwich together”, but here the idea of a sandwich is so… simple. A piece of bread from the local bakery with just 1 or maximum 3 ingredients – just a slice of jamon, just eggs in form of an omlette… And there are the tostadas – pieces of toast with fresh tomato sauce and olive oil on them. Sometimes just olive oil! I admit that there is a different beauty of enjoying the simple things and concentrating on the individual flavors in each bite. Buut… Staying true to my love of different flavors mashed together in every bite, my favorite bocadillo is one with jamon, sepia (a type of fish) and aioli sauce. It might sound weird, but it’s delicious I swear!

As one of the Spanish national dishes, tortilla de patatas is similar to an omlette, but besides the eggs, potatoes are added as well. This dish is the reason for the most serious conflict in Spain – should onions be added to this mixture or not…? Both sides have convincing arguments, but I wouldn’t know since I still haven’t tried it! (shh, don’t tell the Spanish people!)

These little morsels are usually ordered as tapas. They are fried and their filling can be vegetarian, chicken or fish.

Also as part of the tapas family, the patatas bravas are basically french-fries but instead of the usual form, they are usually cut into chunks.

It is quite whimsical when you go for a walk in the fields of Agres and always see the cute bunnies jumping around and chasing each other. Who would’ve thought that these fluffy speedsters are actually an invasive species in this region…? This is the reason why they often end up on your plate rather than in the column of endemic species in your travel guide to Agres.

Even though it’s not an actual food or dish, it is the ingredient in every recipe! Agres has a looot of olive trees and it is usual for the people here to produce their own olive oil which is quite delicious! 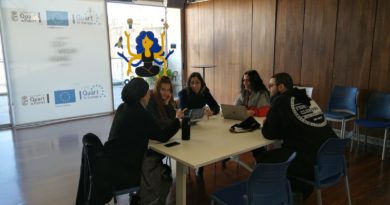 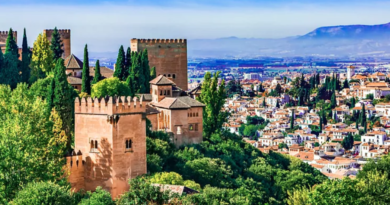 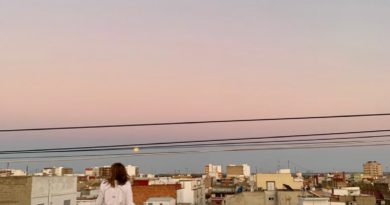